Booking a Flight from San Diego to Athens 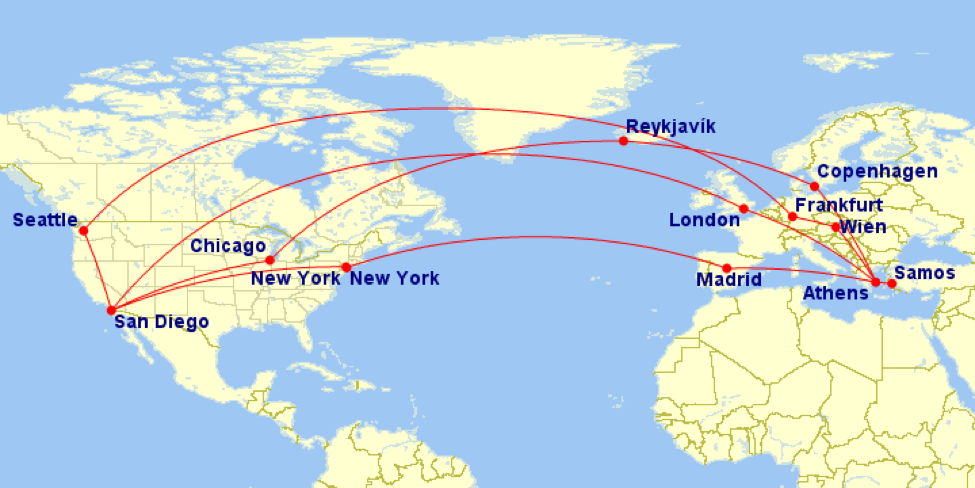 By coincidence, we are flying two years in a row in which the main European destination is Athens, Greece. We book using airline points, which is always an adventure.  You see, we never ever do nothing nice and easy.  We always do it nice and rough.

This is our story.

Booking a Flight from San Diego to Samos, Greece

For quite a while we have wanted to travel to a Greek island. We’ve researched, looking for an island that was not on anyone’s “Top Ten” list, not on everyone’s bucket list, and not a major cruise ship destination.

We eventually decide on Samos.  It is diverse enough to keep us busy for a few weeks and has regular ferries to a nearby Greek island, Ikaria — considered one of the world’s five Blue Zones — and Kuşadasi, Turkey. We want to go at the end of summer; not quite the shoulder season, but not the peak-time, either. 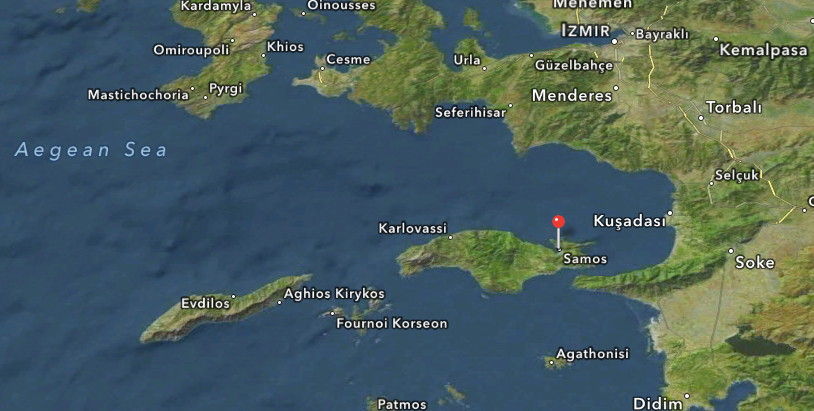 So one Saturday morning in September, we sit down in front of our laptop and start searching airline routes, comparing timetables, making notes, and judging tradeoffs, hoping to find flights for the following summer.

Choices To Be Made

We have points on different airlines, including Lufthansa Airlines, American Airlines (AA), and Alaska Airlines (AS), and we run a lot of scenarios.  We love American Airlines, but AA codeshares with British Airways (BA) to go to Europe, and BA lands at London Heathrow airport, which has a hefty surcharge that we hope to avoid.

We find an AA codeshare flight on Iberia Airlines, but we would have to change airports in NYC, and the airports are 60 miles apart; we would have three hours to get our luggage, get a cab, etc., and hope there’s no traffic.  This sounds like a bad idea.

We can use AS points to go via Iceland on Icelandic Air, but that will add an extra day to our trip. Lufthansa has a fuel surcharge on international flights, so we have to consider that aspect, also.

We make notes of all the routes, flight times, flight numbers, and points needed, then decide to sleep on it before booking the trip. The process has taken us about six hours, and we need a break.

It is now Sunday morning.  Let’s do this!

Booking the outbound flights always seems the more stressful part of the process.

Step 1: Get to Europe. We book a flight on Alaska Airlines using points to go from San Diego to Seattle. (110,000 points + $36.10 for two in business class.)  Then, still using Alaska Airlines points, we switch to one of their codeshare partners, Condor Airlines, to fly nonstop from Seattle to Frankfurt. We are in Europe. Yah!

Step 2: Get to Greece: The Lufthansa flight we’ve planned to book from Frankfurt to Athens is no longer available using points.  It was there yesterday but now it’s gone.

We look for alternatives and find we can book a flight with points to Vienna and on to Athens on one of Lufthansa’s codeshare partners, Austrian Airlines. So we book it. (50,000 points + $260.36 for two in business class.)

Step 3: Get to Samos. There are many flight from Athens to Samos on Olympic Airlines and we book one through Expedia. ($481.94 round trip for two in coach class.)

Booking the return flights is never as stressful.  If we “have to” stay there a day or two longer, we can adjust.

Step 1: Get to Athens. There are many return flight from Samos to Athens on Olympic Airlines; since we just booked the roundtrip flight with Expedia, this step is done.

Step 3: Get home. We still need to make it all the way back to San Diego, so we book the final leg with United Airlines from Los Angeles to San Diego. ($262.40 for two in coach class.)

All flights will be in business class using points, except for the two short flights on Olympic Airlines and United Airlines.

We are done! The whole trip is officially booked!

The Queen of the Skies

Now, we could have flown from Frankfurt to San Diego nonstop on Lufthansa, but we selected LAX because of the aircraft: Boeing 747, the Queen of the Skies.   No US airlines fly them anymore.  But Lufthansa does, and they fly them on the Frankfurt to LAX route.  So we paid the fuel surcharge — rather than using Alaska Airlines points — for an opportunity to travel on a plane that is almost gone.  Better yet, the upper deck of the 747 is reserved for business class, and that’s where our seats are.  🙂

We were originally in 84A and 84C, but we found traveler photos on the Internet that showed that the foot space in the divider when reclining was much less than other seats, so we switched to 85A and 85C.

After all that, I realize that my Alaska Airlines ticket (and, therefore, Condor Airlines) has defaulted to my Alaska Airlines rewards program name rather than my passport name (my fault for not keeping my information consistent).  I get online to change it, but their website states I have to call them to change my name.

To make a long story short, the name on my ticket must match my passport name or they won’t let me board the international portion of the flight.  (Modern times, I guess.)  However they can’t just change it, they have to cancel the flight and rebook with my proper name.

Gulp!  I have no choice, so I give them the go-ahead.

A few minutes later, it is done: I have my confirmation code.  However, they cancelled and rebooked only my portion of the trip, so my wife and I now have different booking codes; no big deal, just another data point to track. (I keep everything in a spreadsheet.)  They refunded the tax we paid ($5.60) when they cancelled it, and I gave them my credit card number to pay it again.

A few minutes later I get a call from Alaska Airlines saying the credit card didn’t go through, and they need the card number again.  Meanwhile, the reservation is on a 24-hour hold.

So this time I stay on the line until everything is set.  I then go to the Alaska Airlines website and confirm that everything is good.

I have to call Condor Airlines to redo the seating.  They say they can’t help me, and I should call back on Monday morning after 9:00am.  “9:00am Eastern time?”, I ask.  Nope, 9:00am German time. So I wake up early on Monday morning, find their 800 number, and reserve my seat next to my wife.

And that’s how we are flying to Samos. 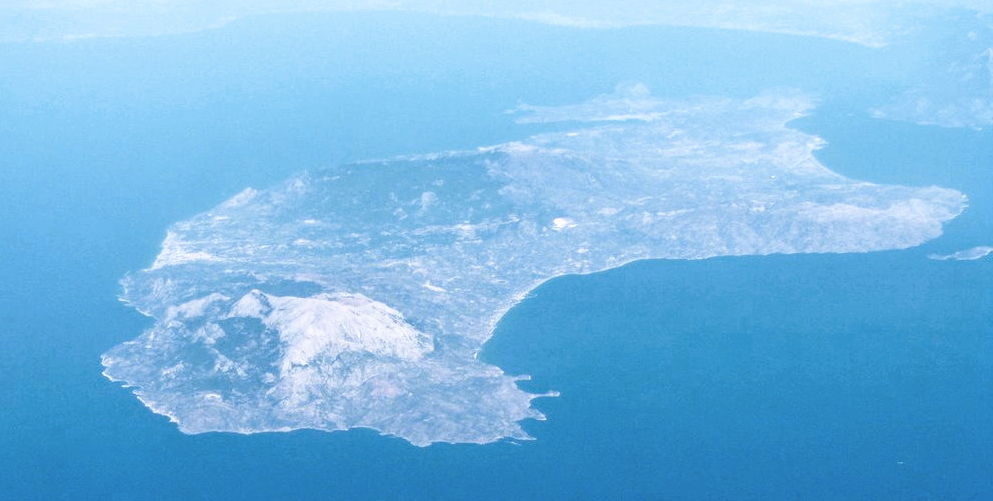 Booking a Flight from San Diego to Istanbul, Turkey

Our neighbor comes from the town of Reyhanli, Turkey, an unassuming town in southern Turkey.  One day he said to us, “My nephew is getting married in Reyhanli next year.  Would you like to come?”

Well, what could we say?  How often does someone get invited to an authentic Turkish wedding. So, we are off to Turkey!

First, we will figure out how to use airline points to get from San Diego to Istanbul, Turkey.  We know the wedding will be on July 5, 6, or 7 (the bride and groom haven’t set the exact date yet), so we’ll get there well before and leave well after, and worry about the middle part later.  (Getting from Istanbul to Reyhanli is easy, since we will be paying cash.  We will book that portion of the flight later.) 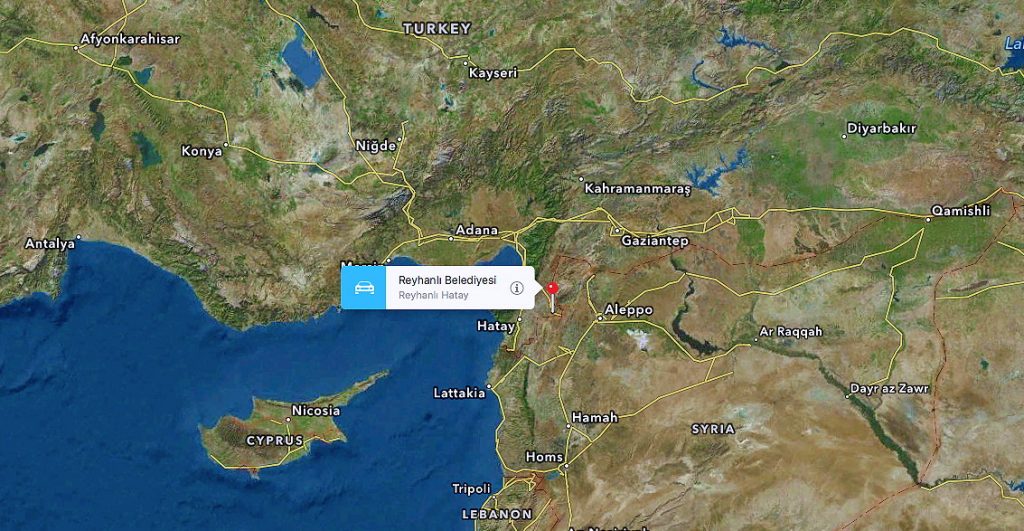 So one Saturday morning in September, we sit down in front of our laptop and start searching airline routes, comparing timetables, making notes, and judging tradeoffs, hoping to find flights for the following summer.

Choices To Be Made

We consider our previous trip and decide to keep this one simple: use American Airline points, and just get there (while avoiding the AA codeshare British Airways because British Airways lands at London Heathrow airport, which has a hefty surcharge).

We find the routes available to Istanbul are all at hours of the day / night that no normal person wants to travel and/or have a layover in London Heathrow. However, Athens, just 90 minutes away from Istanbul, has very reasonably-scheduled routes and no London Heathrow.  🙂

So, Athens it is! 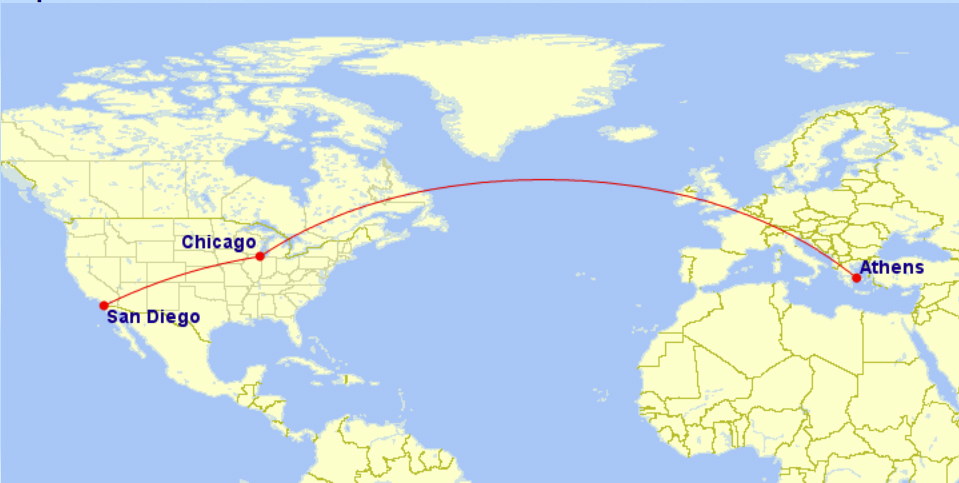 Step 2: Get to Istanbul:  Turkish Airlines flies (as of this writing) to 47 domestic and 230 international destinations in 119 countries…but their website is slightly less than user-friendly.  It is a bit of a struggle.  First and most importantly, we enroll in Miles & Smiles, their reward program.  However, their website will not accept any password we try to enter.  After a bit of googling, we discover that their password accepts only numbers, and only six of them.  Okay……

A bit more frustration, but we persevere and are able to book roundtrip tickets.  After a two-day layover in Athens, we’ll fly to Istanbul, Turkey, leaving at 3:30 pm and arriving at 5:00.  The roundtrip business class tickets cost us 7,388 Turkish Lira.  Not bad….

Booking the return flight is just as easy.

Step 1: Get to Istanbul to Athens.  Done!  We booked round-trip, remember?  We will leave Istanbul at 7:15 pm and arrive in Athen at 8:45 pm, the day before we depart for San Diego.

Step 2: Get back to the United States. We again book a flight on American Airlines using points to go from Athens to Philadelphia to San Diego. We leave at 11:45 am, have a 2-hour layover in Philadelphia (kinda tight, I know), and arrive in San Diego at 9:00pm the same day. (220,000 points + $66.01 for two in business class.) And, if we miss our flight in Philadelphia, well, we’re on vacation, so we will adjust.  😎

Wow, that was easy. The “big” part of the trip is officially booked!

And that’s how we are flying to Reyhanli. 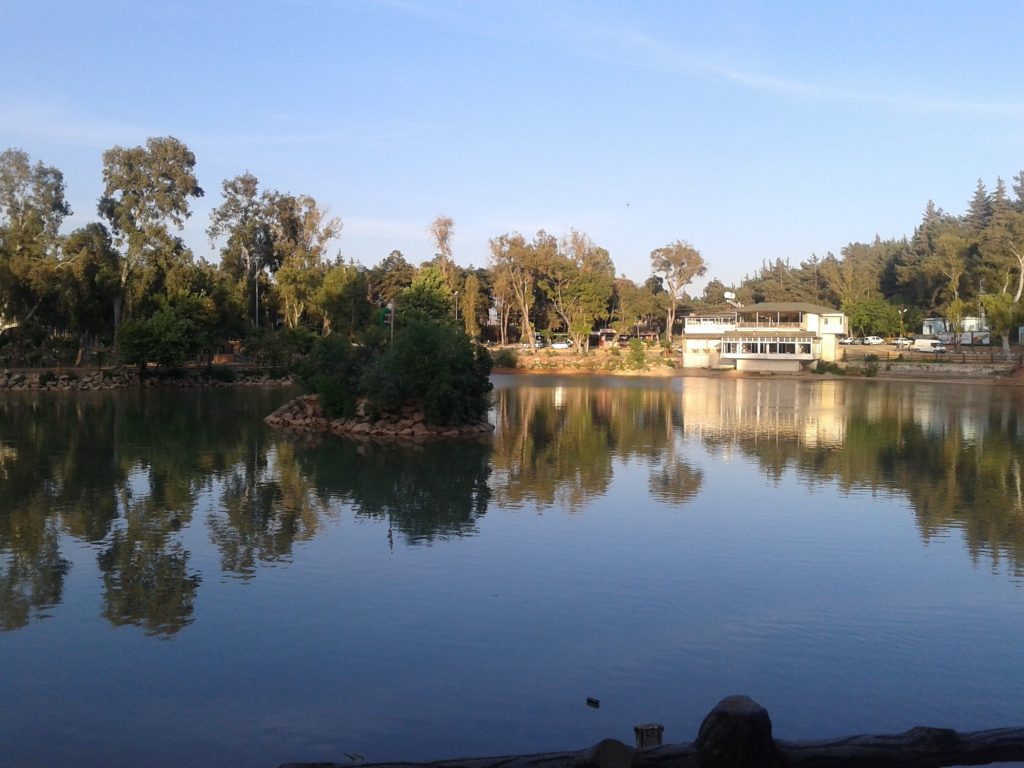 awa Travels Tip: Planning and booking your flights can be an adventure in itself. Enjoy the experience.