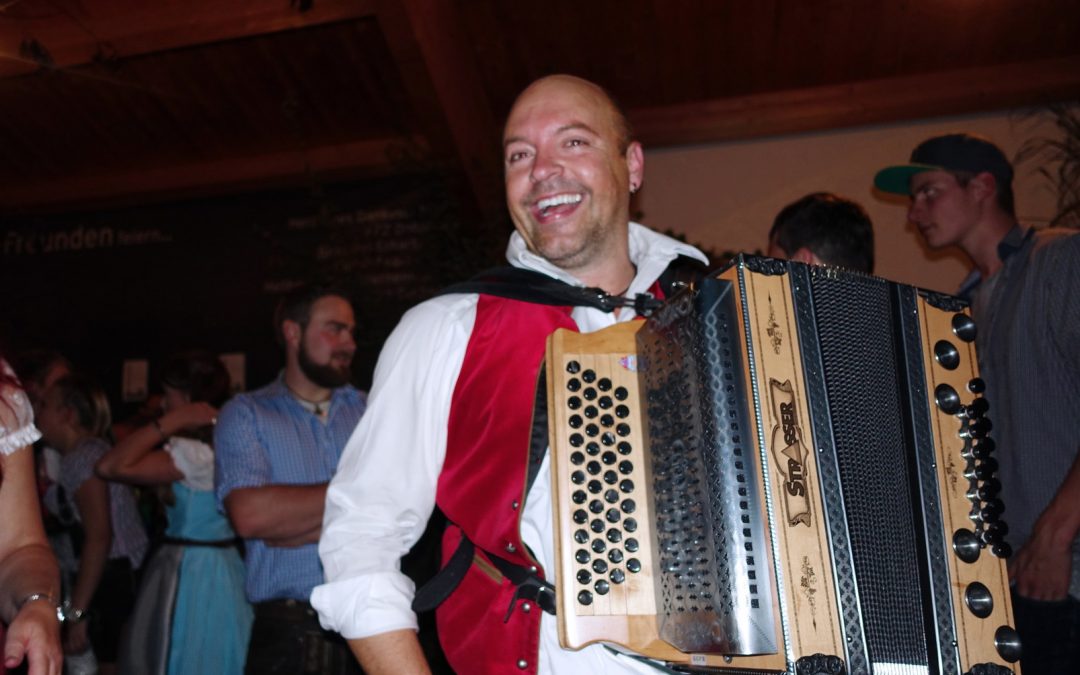 What do you imagine when you think about Pleiskirchen, Germany? Probably nothing.  Wikipedia has a single sentence entry.  TripAdvisor shows only one “Thing to Do” in Pleiskirchen: golf. Yawn.

The 2,300 residents of Pleiskirchen put on an annual wine festival, and we have the good fortune to be able to attend.

Pleiskirchen belonged to the Rentamt Burghausen and district court Neuötting of the Electorate of Bavaria. The Archbishopric of Salzburg, however, exercised lower jurisdiction over its local subjects through the Pleiskirchen board of directors until its abolition in 1803.  Pretty radical, eh? 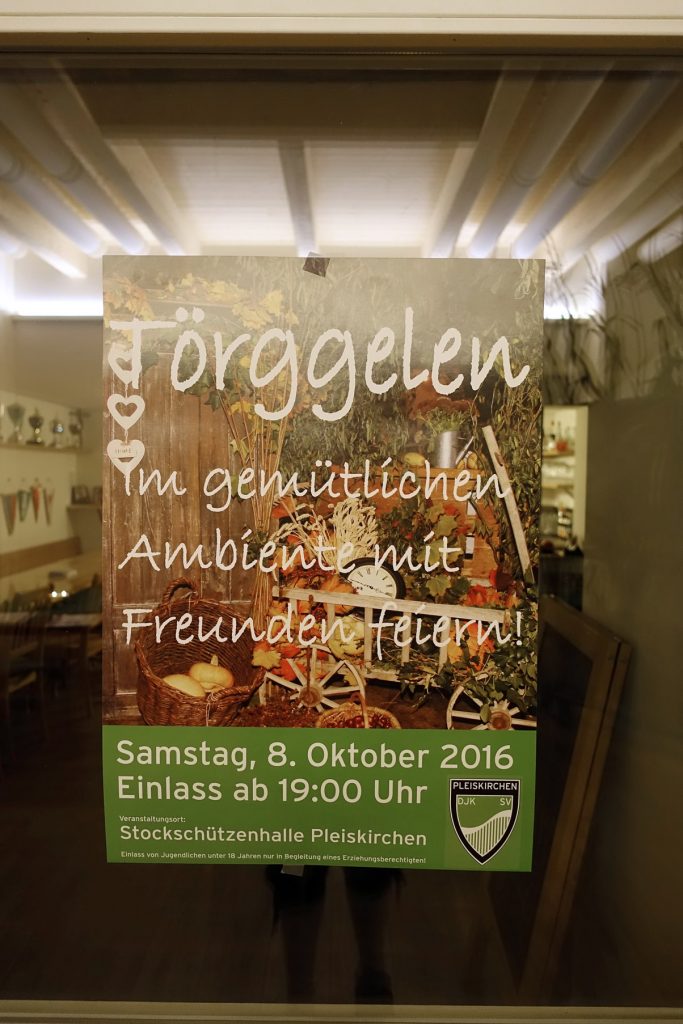 Pleiskirchen is located in eastern Germany, about an hour’s drive from Munich or Salzburg, Austria. Our friends live there, and it’s been too long since we’ve visited them. 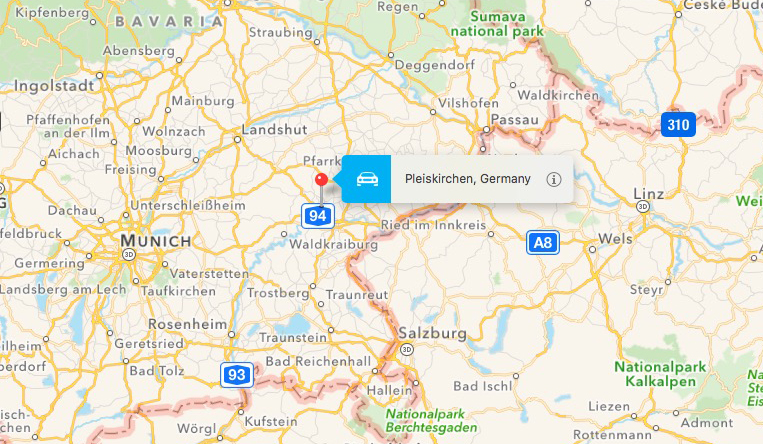 We start the day with a hearty breakfast. 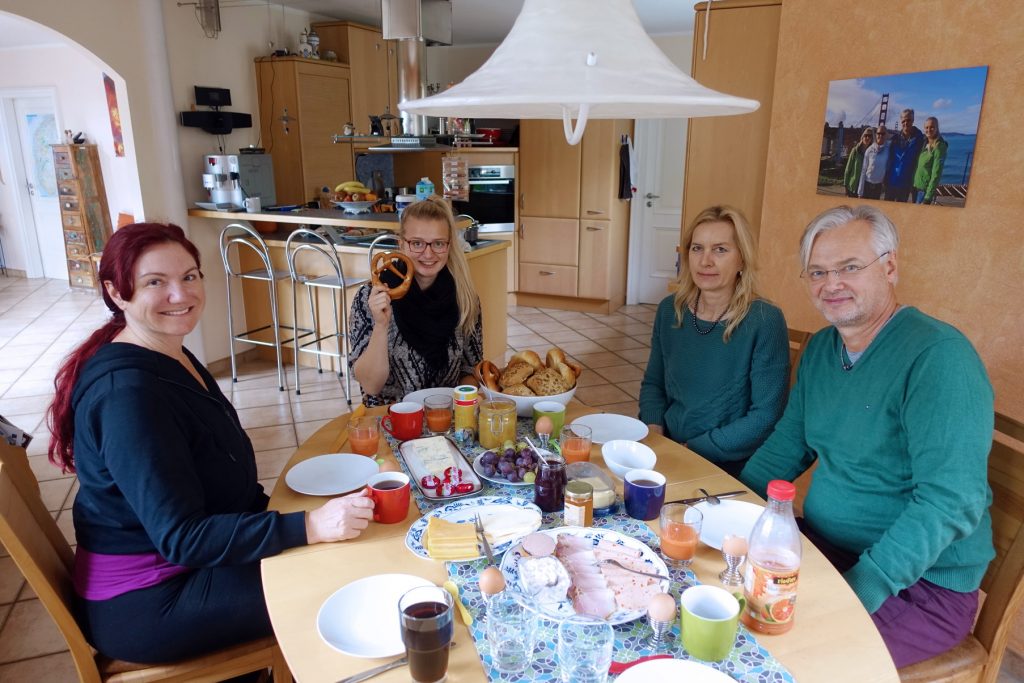 You can’t see it in this photograph, but we also have Weißwürste. We are told that Weißwürste are very perishable. They are made early in the morning and should be eaten before lunch because preservatives are not used and the meat is not smoked. The sausages are heated in water—well short of boiling—for about ten minutes.  The Weißwürste are served with Weißwurstsenf, Brezen and Weißbier.

Now, even if you don’t know what those words mean, you can at least read “bier” in the last word. Yes, we are having beer for breakfast.

A bit later in the day, we are served a type of wine that is translated as “the wine you drink before drinking wine”.  We are not sure this is a real thing, but when in Rome…  We are starting to feel pretty good.

Okay, let’s go to the wine fest. The festival is on the other side of town but, this being Pleiskirchen, we can easily walk it. 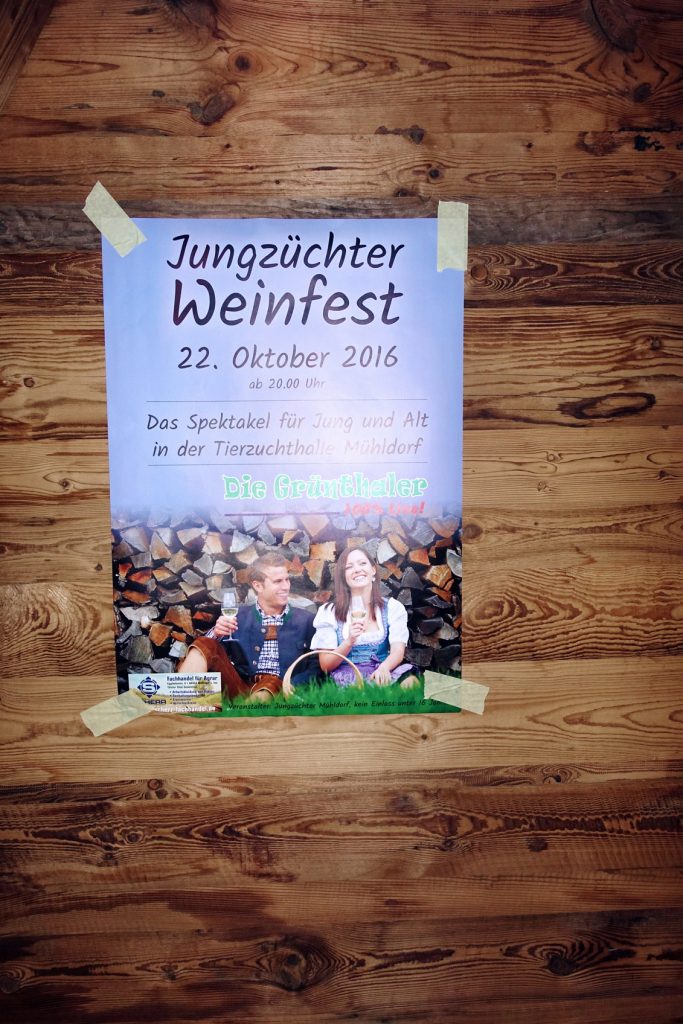 “The spectacle for young and old in the animal husbandry center.”  Sittin’ out by the wood pile, drinkin’ wine with your best gal. Well, actually, that does look pretty nice. 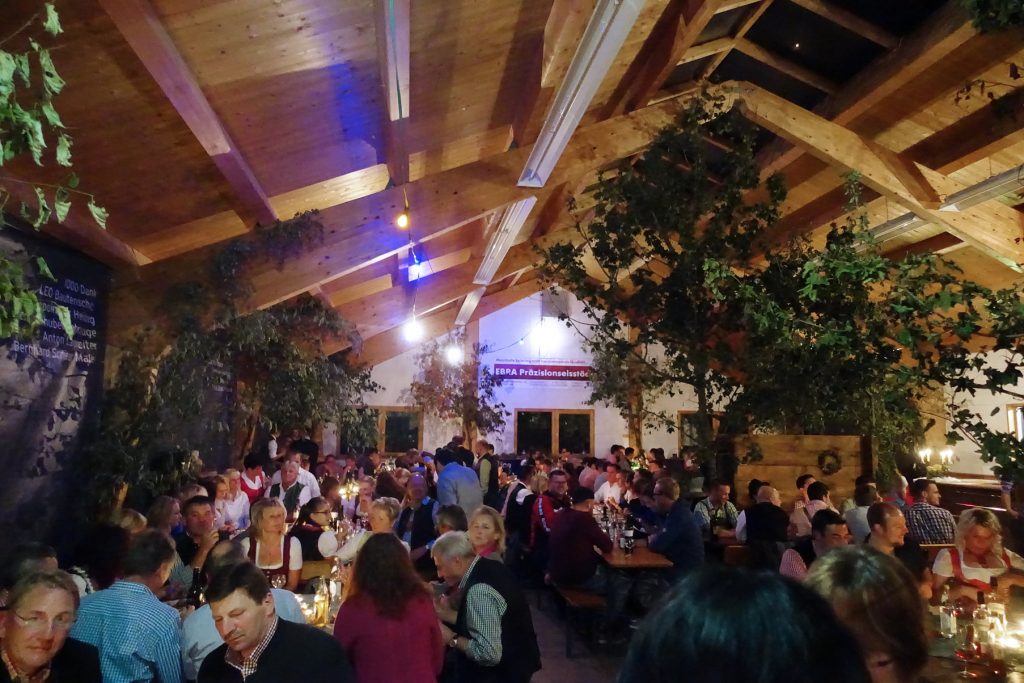 The hall is full of people, most dressed in traditional Bavarian clothing.  And everyone is drinking wine. 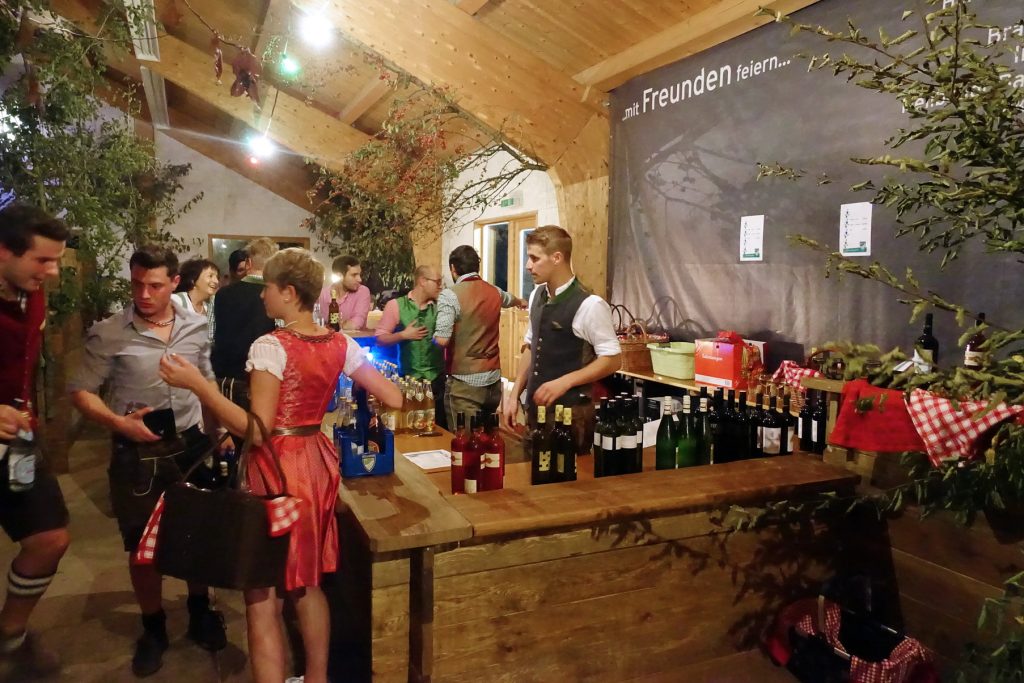 Boys in Lederhosen, girls in Dirndls — and wine. 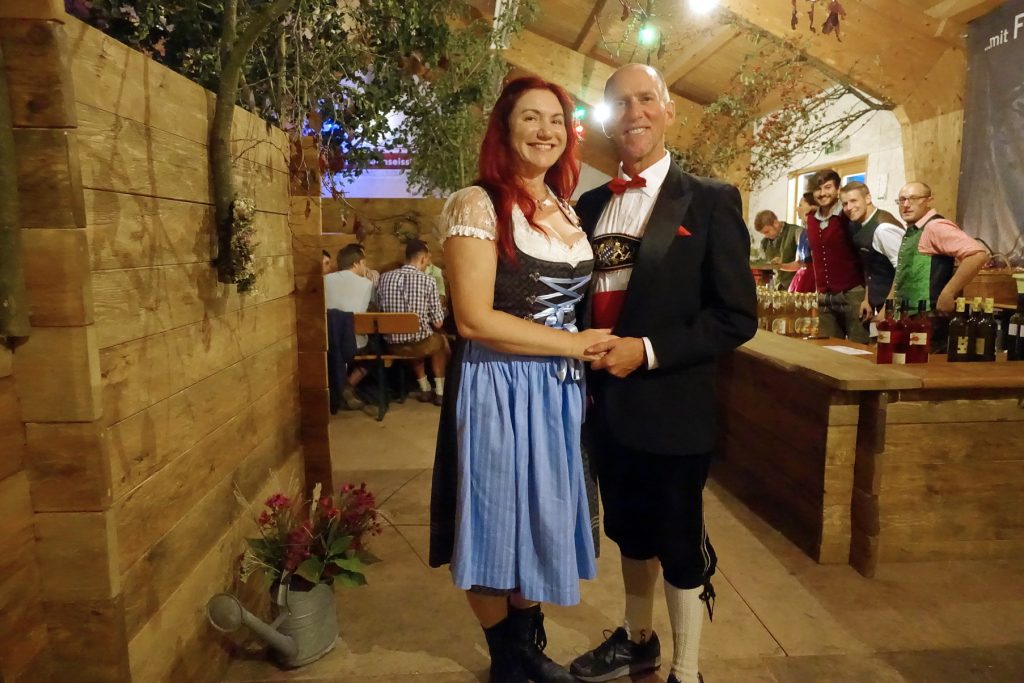 This is us, still sober.  Well, reasonably so. 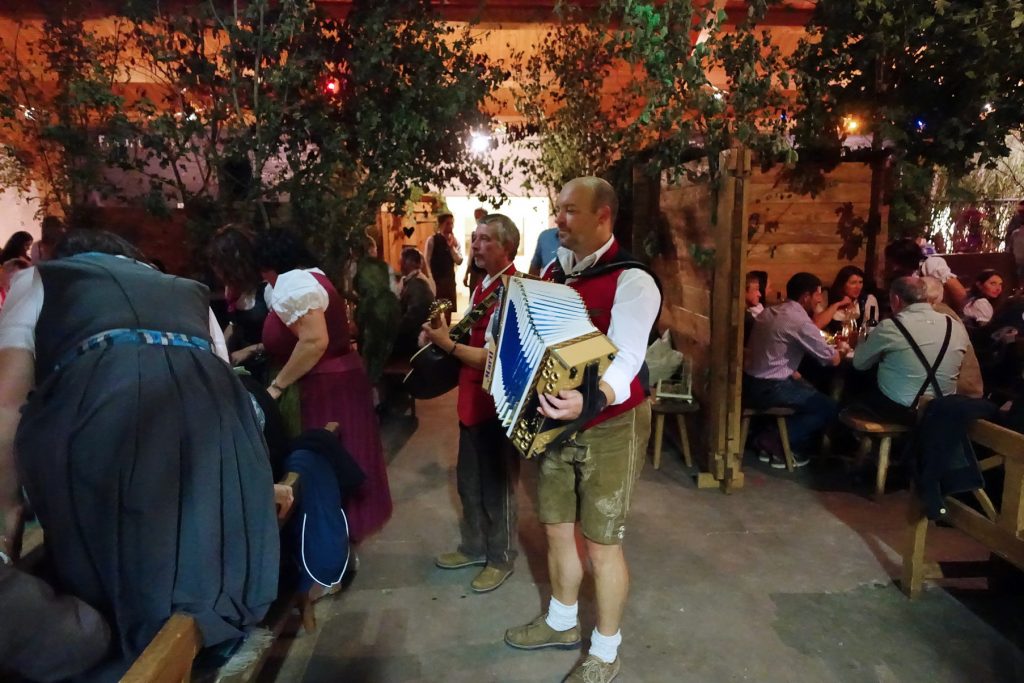 The musicians arrive to serenade us at the festival. 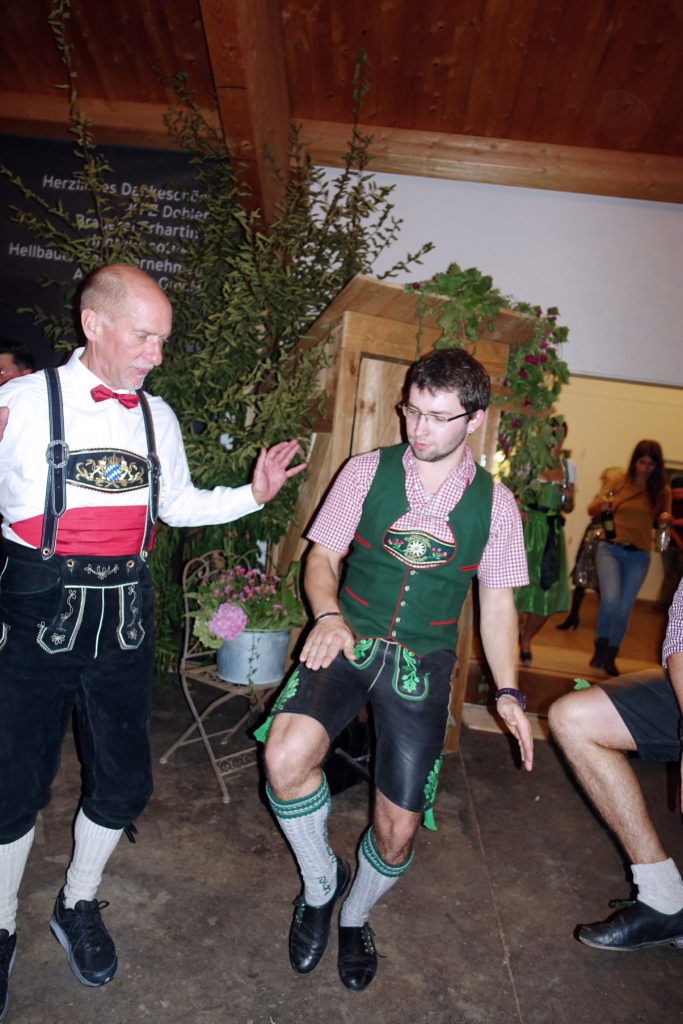 Schuhplatten.  In theory, it’s pretty easy, especially because I know how to dance.  In practice, I have had way too much to drink at this point.

This is how the professionals do it. 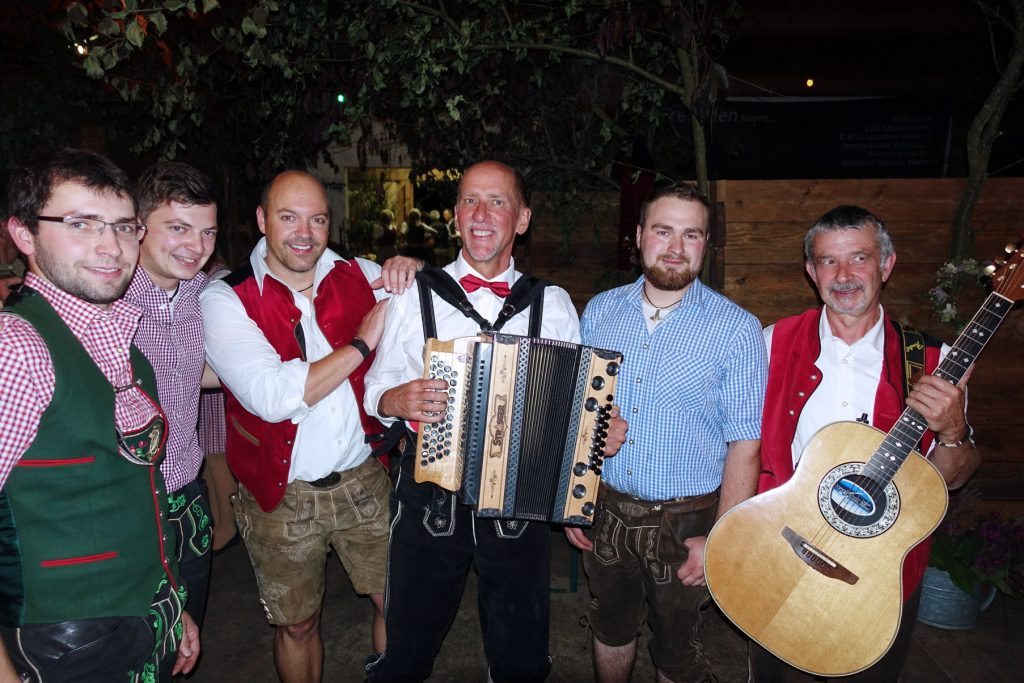 Okay, time to pose with the musicians and dancers.  Do I look like I know what I’m doing? 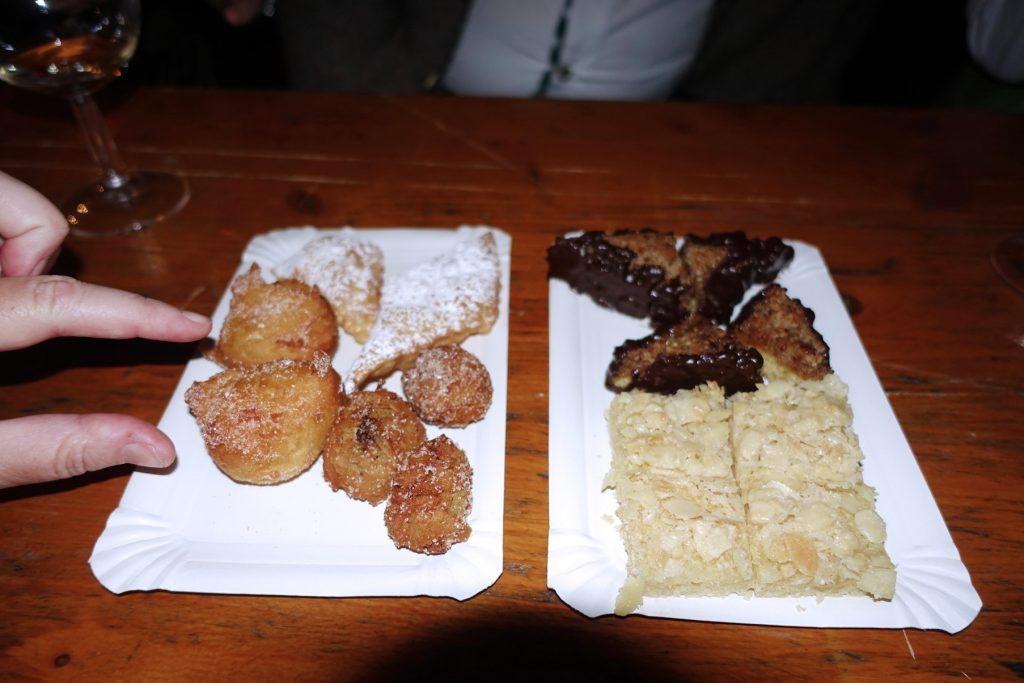 And what’s better to top off the evening than sweets? At this point, I have to turn down an offer of schnapps (which, in Bavaria, is pretty strong). I’m feeling like I’ve finally had enough.

So we slowly walk back to our friend’s house and fall sound asleep, happy that we are able to share these — for us — exotic adventures in far-off Pleiskirchen, Germany. 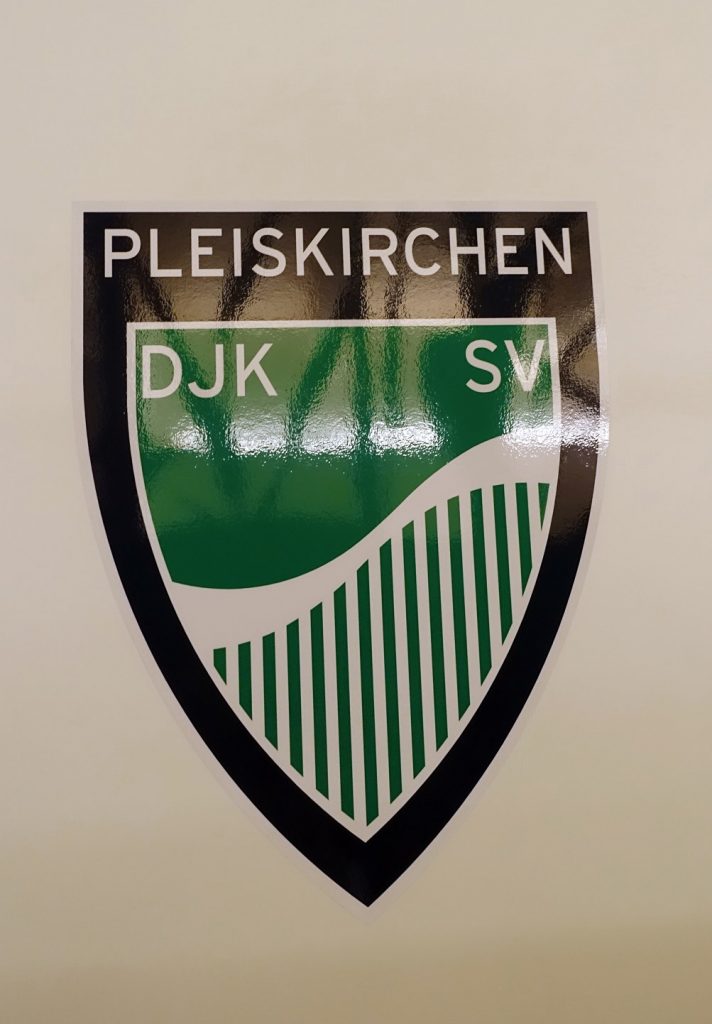